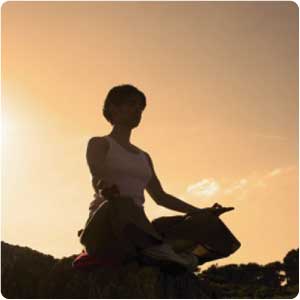 What is the Transcendental Meditation (TM)technique?

It is a simple, natural, effortless procedure practiced 20 minutes twice each day while sitting comfortably with the eyes closed. Its not a religion, philosophy, or lifestyle. Its the most widely practiced, most researched, and most effective method of self-development.

What happens when you meditate?

The Transcendental Meditation technique allows your mind to settle inward beyond thought to experience the source of thought pure awareness, also known as transcendental consciousness, or the unified field. This is the most silent and peaceful level of consciousness your innermost Self. In this state of restful alertness, your brain functions with significantly greater coherence and your body gains deep rest.

How many people practice the TM technique?

More than five million people worldwide have learned this simple, natural technique people of all ages, cultures, and religions making it one of the most popular of all meditation techniques.

How much scientific research has been done on the TM technique?

Where did the TM technique come from?