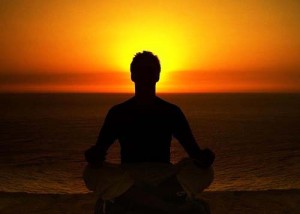 In addition to its influence of enlivening the functioning of the practice of Maharishi Transcendental Meditation in consciousness-Based Education also has a very nourishing and balancing influence on the physical functioning of students.

As we mentioned at the beginning of this article, the Transcendental Meditation Technique gives the body and mind a unique state of result alertness. This state of balanced inner calm quickly begins to carry over into ones activity outside of meditation, promoting a state of greater balance in the functioning of the body. This is shown in the finding of calmer style of physiological  functioning : less stress in daily. This study was a meta- analysis, which combined the results of many studies in order to form definitive conclusions. It found that those practicing Transcendental Meditation, in contrast to those not practicing, lower levels of respiration rate, second, lower levels of heart rate, next, fewer skin resistance responses, which indicates less agitation in the body, lower plasma lactate, indicating reduced anxiety.

Stress and strain cause accumulated imbalance in the body, which can eventually lead to ill health. So by culturing in the body functioning greater calmness, balance and resistance to stress, the Transcendental meditation programme supports better health.

The growth of health among those who practice Transcendental Meditation is shown in many studies. For example, this chart shows improved general health in university students. This research examined students who had enrolled in Maharishi Vedic University in Combodia. After learning the Transcendental Meditation Technique, these students showed an overall improvement in general health. In contrast to control students from two other universities, In  this study, general health was measured on a comprehensive standard scale that took into account physical health, mental health, and social health.

One aspect of their physical functioning that is very much of interest to student is their mind body coordination, which contributes to their performance in sports. Research also shows improved integration of mind  and body through the practice of maharishi  Transcendental Meditation .

Another indication of improved physical function is the finding of increased energy level in secondary school student who learned the Transcendental Meditation Technique, In comparison to a control group of students.

In summary, the regular practice of the Transcendental Meditation Programme dissolves stress and enlivens inner balance in the physiology, promoting good health and high integration of mind and body.