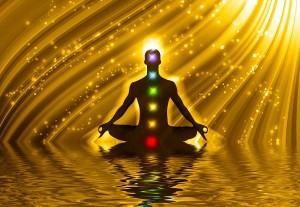 For example, in this study, increased creativity was found in secondary school students in Canada who learned the Transcendental Meditation Programme. This was shown after only one semester, in contrast to control groups of student who did not yet learn the practice.

This finding shows that students who participate in Consciousness Based Education need not be bound by the limitations of the past. Everyone can rise to awaken their full creative intelligence through the regular experience of Transcendental Consciousness, the unlimited inner intelligence within each of us.

This finding is also unique and highly significant for society, because previously it was found that general intelligence stops developing at about age 16. What a waste of human potential for intelligence to stop increasing! But through the practice of the Transcendental Meditation ptogramme, intelligence continues to rise, even among older students, opening more and more possibilities in life for achievement and fulfillment.

What a joy for students to be able to grasp the knowledge they are presented in school more and more easily, and comprehensively, so that see more deeply into their subjects of study, and can use the Knowledge more creatively. As these abilities develop, then naturally students perform better in their classes naturally they achieve more.